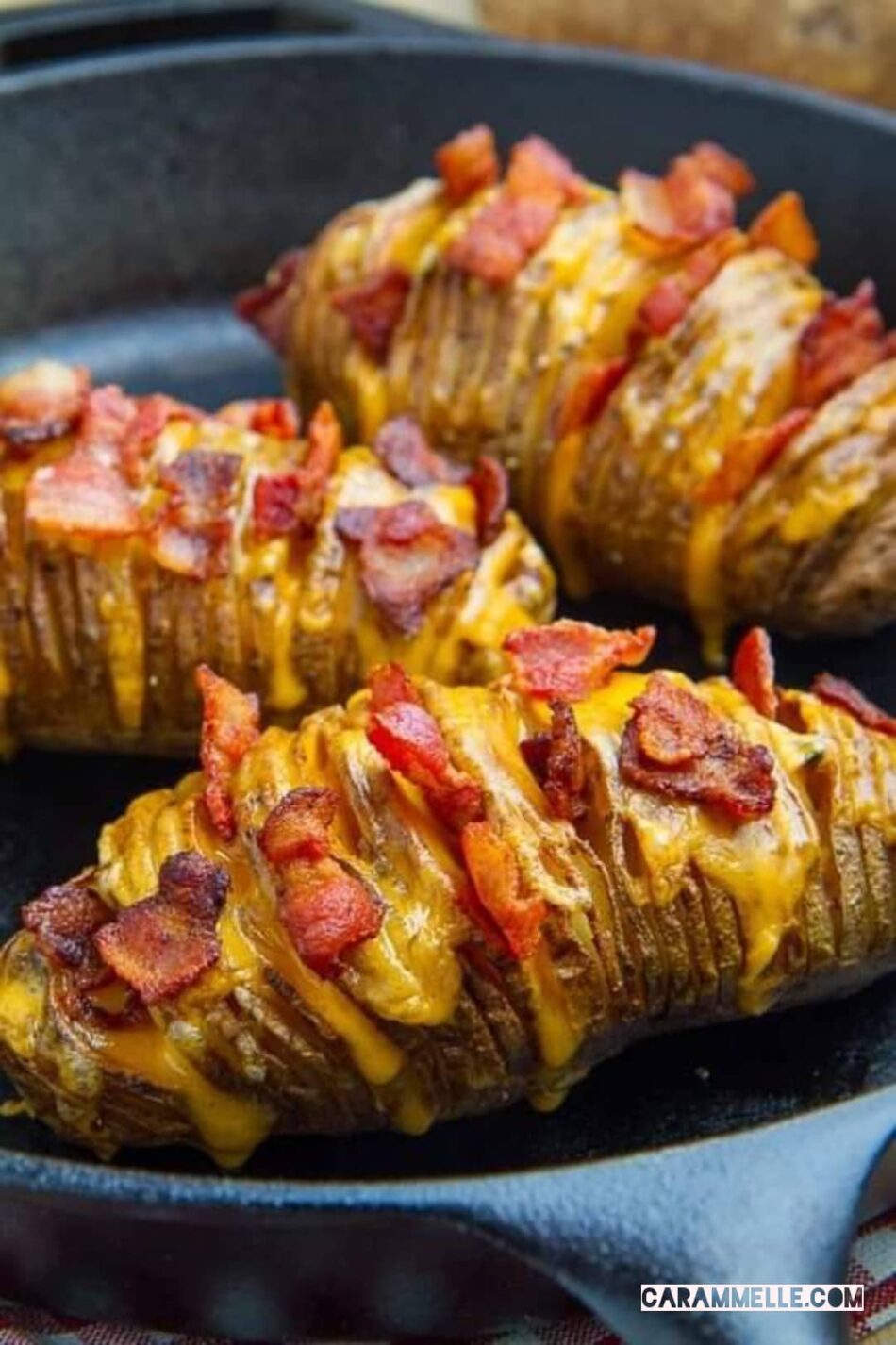 Hasselback potatoes, baked until crispy on the outside and tender on the inside and topped with all the flavors of a fully loaded baked potato, including melted cheese, bacon, sour cream and green onions.

I’ve been seeing hasselback potatoes for a while now and wanted to give them a try! They’re basically a potato that’s thinly sliced and cooked until the outside edges are nice and crispy, a bit like French fries, and the inside is nice and tender like a baked potato; best of both worlds!

Besides being pretty amazing as it is, the space between the slices is perfect for holding things like melted cheese.

For my first hasselback potatoes, I decided to go with a “loaded” baked potato theme by topping them with lots of melted cheese, bacon, sour cream, and sliced green onions. Depending on the size of your potatoes, these make a side dish with small ones or even a meal with larger ones.

1. Slice the potatoes thinly (~1/8 inch) without cutting all the way through.

2. Place the potatoes on a baking sheet, stuff the sliced butter and garlic in between a few of the cuts in the potatoes and season with salt and pepper.

3. Roast in a preheated 400F/200C oven until crispy on the top and tender in the middle, about 1 hour. Meanwhile cook the bacon until crispy and crumble it.

4. Sprinkle the potatoes with the cheese and bacon and return to the oven until the cheese has melted, about 5 minutes. Serve topped with sour cream, and green onions.