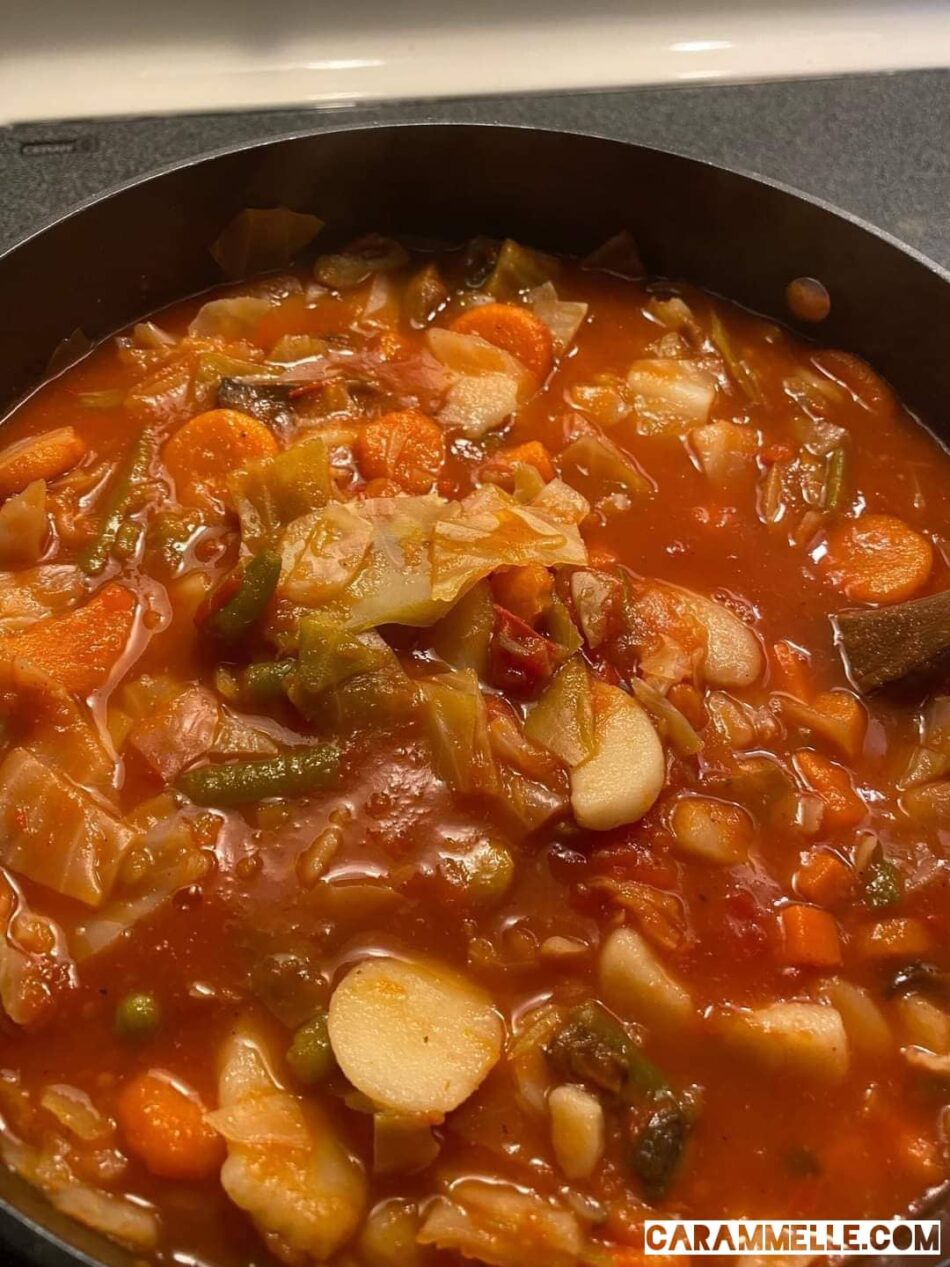 I made cabbage soup last night!

This cabbage soup recipe is deeply flavorful, thanks to aromatic veggies. Pair it with good bread for a simple, nourishing meal.

This cabbage soup recipe does the impossible: it uses an entire head of cabbage in one go! Nearly every time I buy a cabbage, I whittle away at it for weeks, adding some to a slaw, some to a bowl, more to a taco, and so on.

So the first time I made this cabbage soup recipe, I was shocked. I started by adding half of my cabbage.

As it wilted down, it melted into the soup with the aromatic veggies and herbs. I didn’t want it to disappear – I was making cabbage soup, after all – so I added more. Before I knew it, every last ounce of my cabbage was in the pot!

Here’s the recipe but of course you can change it to your tastes as I typically just throw stuff in :

●One head of cabbage, chopped

●One can of mushrooms

●One can of mixed vegetables (peas, green beans, Lima beans, corn and carrots)

●One can of carrots

●One can of green beans

●Salt and pepper to taste and about a tablespoon of garlic powder.

I simmer the soup on medium for about two to three hours until the cabbage softens and the broth cooks down and gets a bit thicker.

Of course you can add or remove anything you don’t wish to put add, this is just a “throw together” cabbage soup and incredibly easy and delicious !