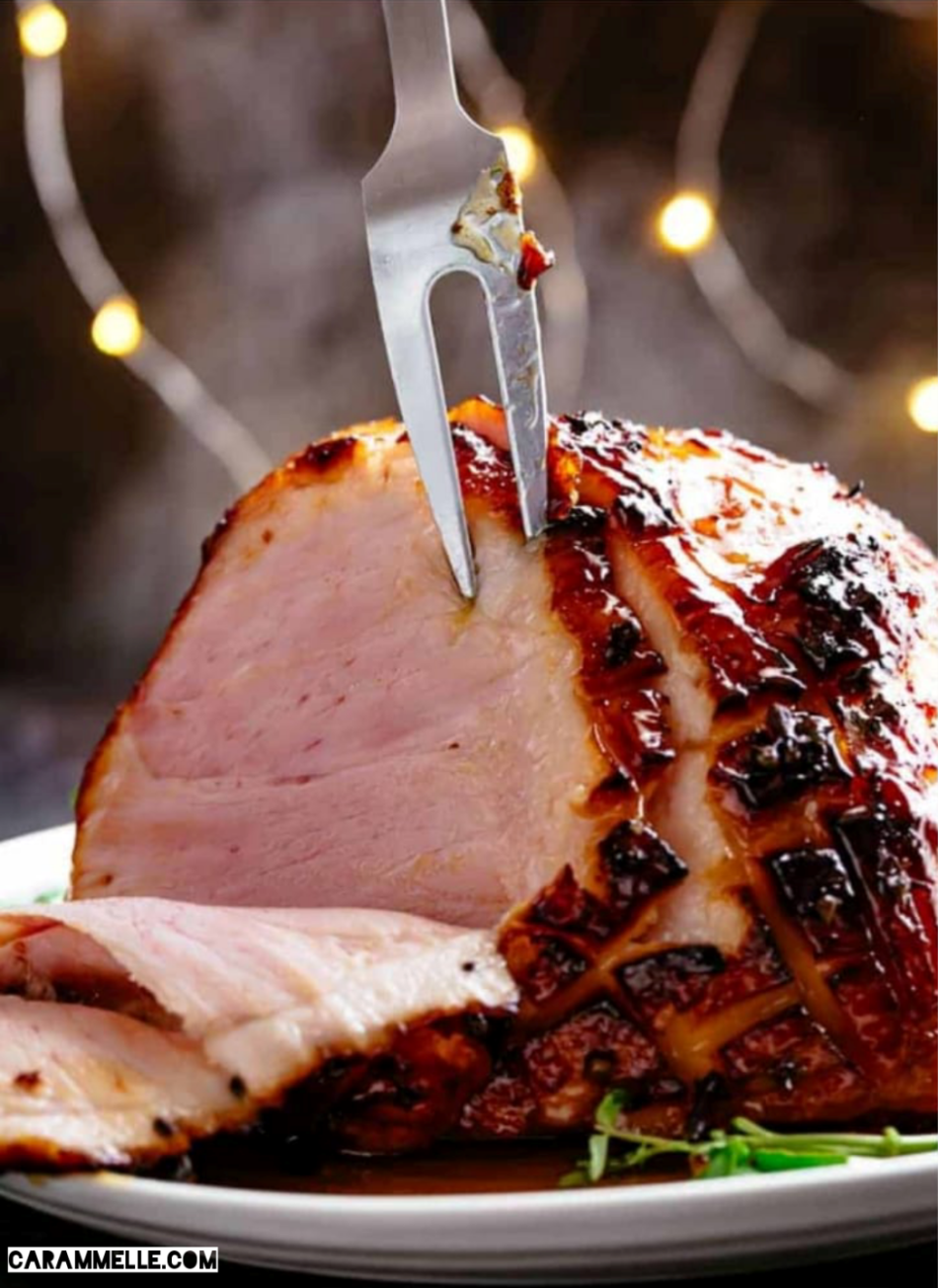 Honey baked ham baked in a hint of pineapple juice and basted with a deliciously buttery, sticky glaze!

Let the holidays begin with a slice or two of Honey Baked Ham! Juicy and succulent on the inside with crispy, charred, sticky edges. The perfect ham for your Christmas dinner table.

There’s nothing easier than baking a boneless or bone in ham for the holidays. Minimal steps and ingredients makes honey baked ham so enjoyable to prepare…with delicious buttery honey aromas coming out of your kitchen while it bakes!

Homemade baked ham is much better than store bought. You can’t beat having that irresistible sticky glaze to smother all over your baked ham while it bakes, or for serving. 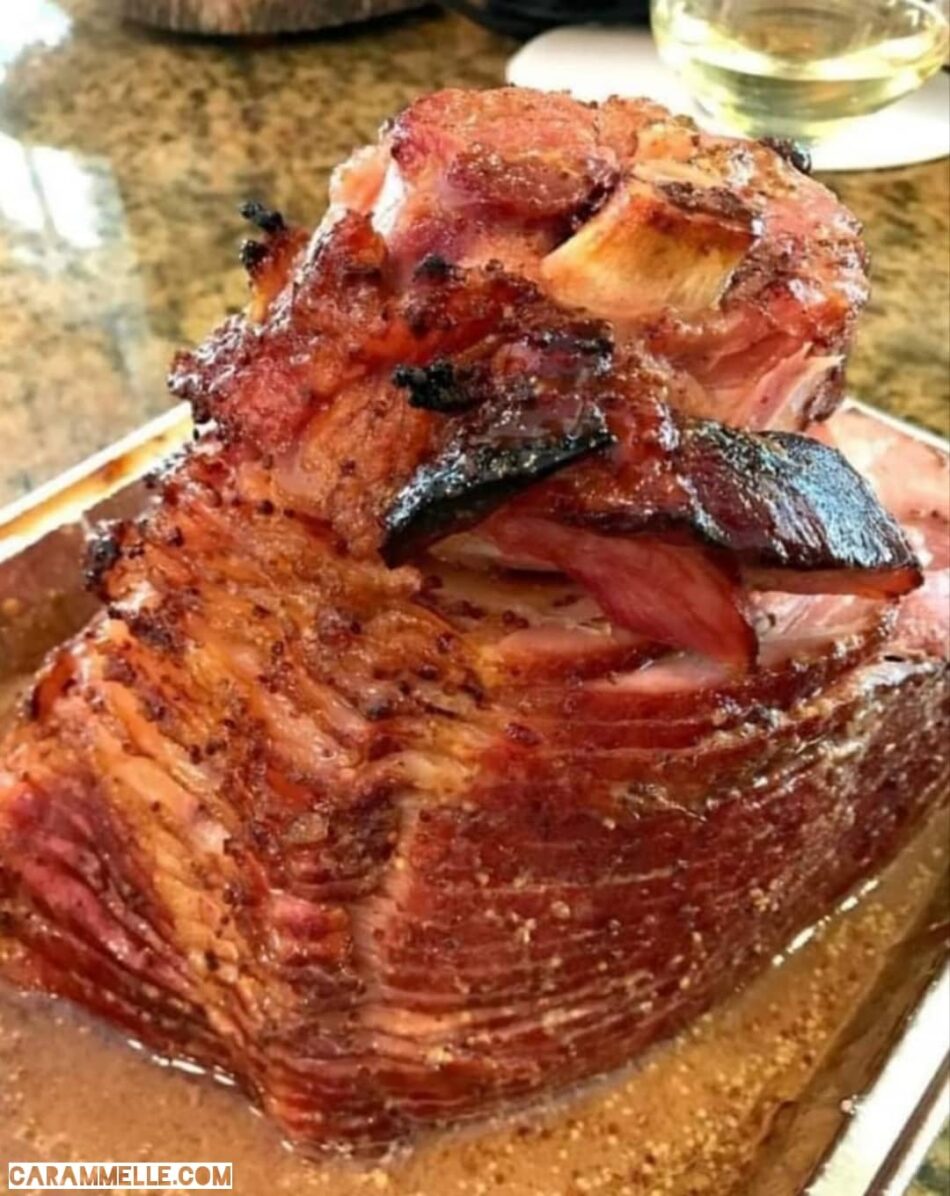 ➔ Place the ham cut side down in the pan and pour the honey over the top. Cover the pan with foil.

➔ Bake for 2 hours or until a thermometer inserted into the ham registers 140 degrees F. Remove the ham from the oven and preheat the broiler.

➔ Place the sugar, onion powder, cinnamon, nutmeg, ginger, cloves and smoked paprika in a medium sized pan along with 1/2 cup of drippings from the pan or water. 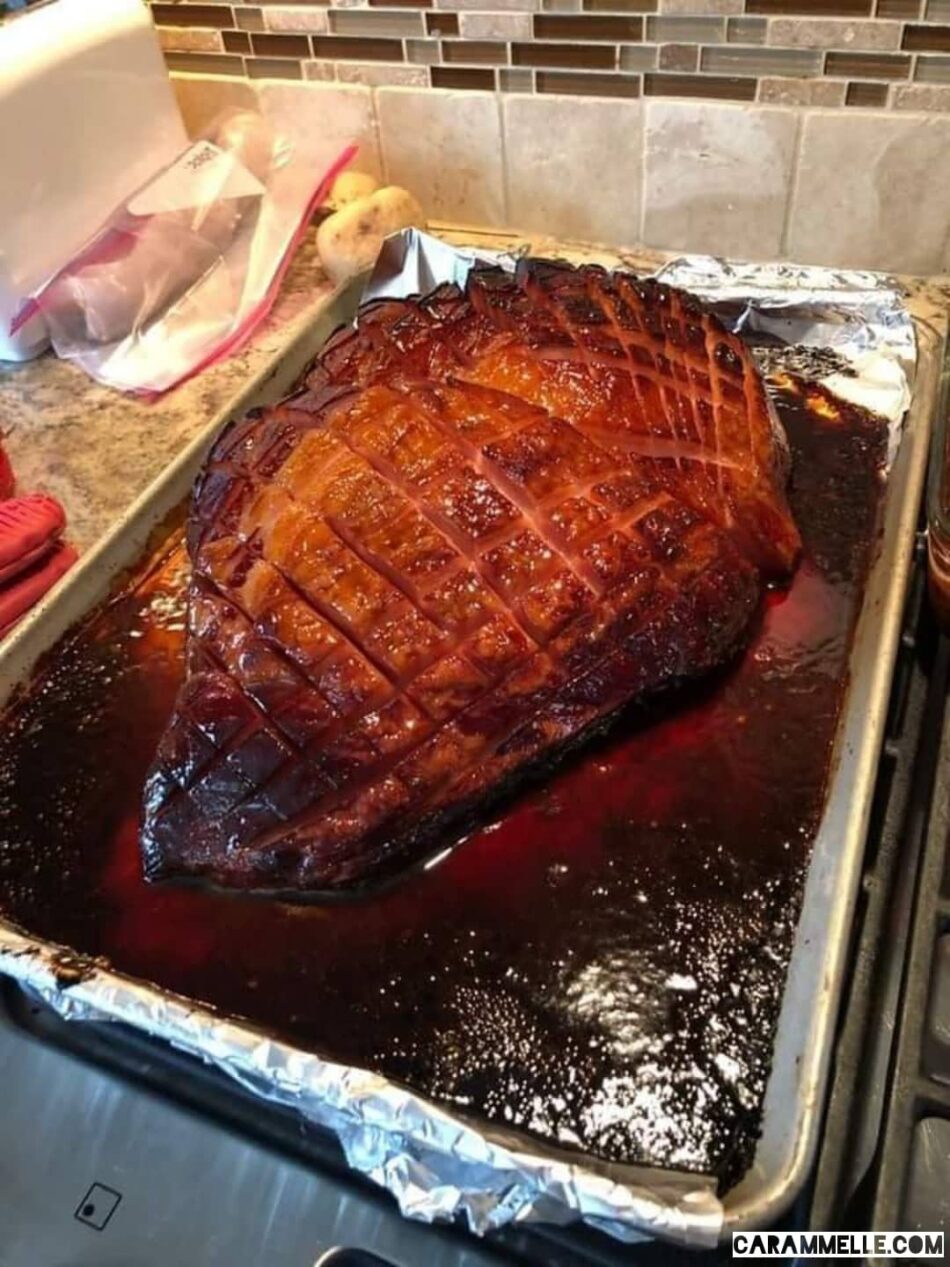 ➔ Stir to combine the sugar and liquid then bring to a boil. Boil for exactly one minute.

➔ Pour half the glaze over the ham and place the ham under the broiler. Broil for 1-2 minutes or until glaze starts bubbling.

➔ Remove the ham from the oven and pour the remaining glaze over the ham. Broil for 1-2 minutes more.

➔ Remove the ham from the oven and separate the slices. Transfer the ham to a platter and serve, garnished with herbs if desired.

What side dishes go with ham?

Whether you’re making this for dinner yourself or bringing it to a Holiday gathering, these side dishes will make your crowd even happier!